A first time for everything, that’s what today would be all about. In years of playing in bands and photographing them I’d yet to venture in WA, NT or SA but have always wanted to see more of this beautiful country. Today finally provided that opportunity. Adelaide struck me as an odd city, decriminalised green, churches everywhere, openly active street Graf culture, shisha bars left right and centre and some seriously cool modern architecture (I wish I had the time to take some shots). It reminded me a bit of Brisbane about 15 years ago before the population boom; almost makes it a big country town.

Tonight MS would be playing Fowler’s Live, a venue in the Adelaide CBD, surrounded by an inner city University campus. The facilities at Fowlers were amazing; the green rooms overflowing with the local drop and decent Wi-Fi that meant I could do some last minute catch up on work. A cold beer, a smoke and some caffeine in system and I was ready to rock and roll. Camera in hand I captured the night. Misery Signals blasted through their set, which I don’t think I’ll ever tire of nor want too. Tonight Craig and I also had a go at lights, which was more chaotic than I expected, but provided a great amount of entertainment.

Karl passing the mic – Adelaide May 2014

We had a 9am flight so after the show I took the time to get some more editing done and crash for a few hours, if even that. As the sun cracked, we stirred and the ramblers again got rambling.

One flight, a van pickup, a gear pickup and off we were from Sydney Airport to the Australian capital, Canberra. I love the drive to Canberra, something about the countryside between Syd-Can reminds me of the days of The Man from Snowy River or an epic western, I recommend driving it one day yourself. Taking over about a third of the way I put on some Joe Rogan Experience and cruised on one of the coolest stretches in this country.

Upon arrival in Canberra I proceeded to get us lost in a rabbit warren of side lanes and streets. The venue tonight is the ANU Bar, ANU standing for Australian National University. It’s a very American style campus, wide walkways, big trees and students always seem to be up to something even into the early hours of the morning. It seemed to help that weed is decriminalised in ACT so there was always a chilled out vibe emanating through the air. Finding the venue wasn’t so chilled but we got there in the end and we loaded in as per every night.

Once loaded in I was greeted by some very good friends, Aeon of Horus, who would also be supporting tonight; incredible band, check them out when you can. One of the most rewarding things about tour, if you can find the time, is  being able to catch up with mates everywhere and tonight would be no different. I should say a big thanks to everyone who helped me out on this tour or gave me a floor, bed, corner or whatever to sleep on or in, it’s beyond appreciated. Tonight was also a great chance to have a decent meal and relax a bit more as the venue is within walking distance of a lot of great food options.

Stories took the stage, a group of awesome lads from Sydney, Australia, and what I witnessed was awesome. They play something heavy, dark but still retaining melody reminding me of a younger, more fine tuned Vildhjarta. Below is some of the chaos they bring to the live arena and also the first time I took shots of them on the tour.

Misery Signals were now up, the crowd was ready, moshing ensued.

Dan Harper (all round mad dawg) who was along for the tour was part of the reason this could happen every night, he’s a fun human and a great drum tech (Misery Signals drum tech) who’s talents were essential in making the show happen each night.

Note: If anyone is wondering why I don’t write a lot about Misery Signals performance? I think the photos and video speak for themselves and if you’ve read part one your more than aware how highly I regard them as musicians. 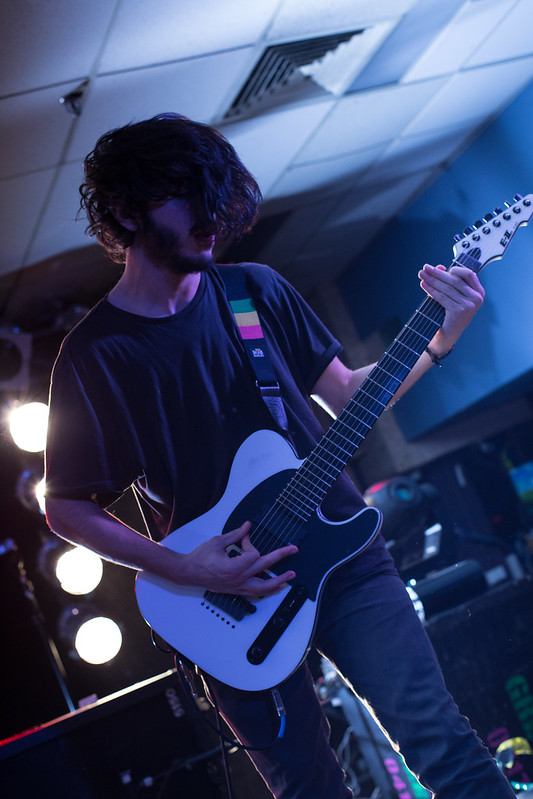